The club being closed and not being allowed out on the water didn’t stop club member Sophie Connolly who got up one morning and decided to go for the World Record for 100,000 metres on the rowing machine. 7 hours 44 minutes and 21.2 seconds later Sophie was a World Record holder with the achievement officially confirmed by Concept 2.

Congratulations from everyone at the club Sophie! 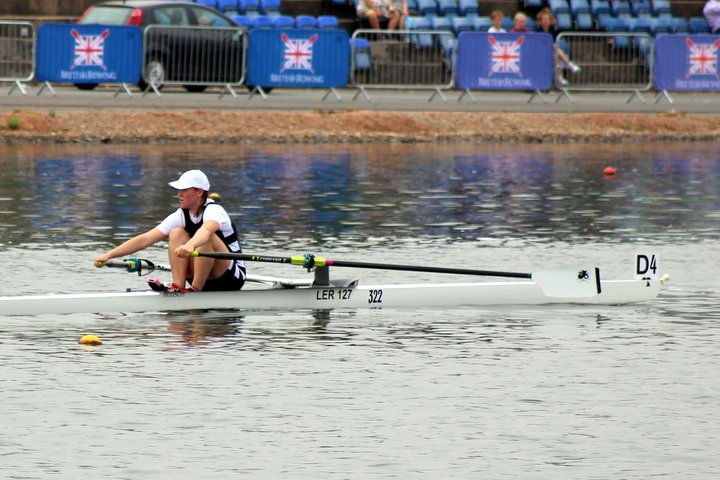 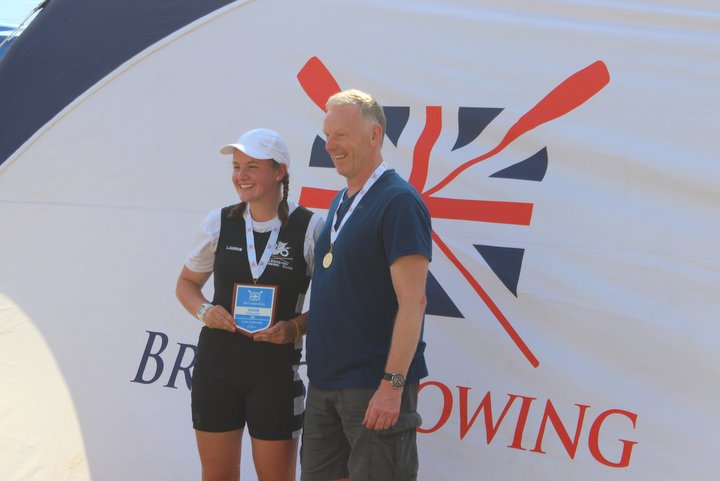 In the final Rowing World Cup of the season, held on the famous Rotsee course in Lucerne, Switzerland, Great Britain’s quad scull, with Leicester Rowing Club’s Jonny Walton at 2, came through strongly in the 2nd half of the final to beat the Dutch crew by 0.74 seconds, or about ¼ of a length.  The GB crew of Tom Barras at stroke, Graeme Thomas at 3, Jonny at 2, John Collins at bow, coached by Paul Stannard, rowed a very controlled race for the first half.  At 1000m they were lying 4th, ¾ of a length down on the race leaders Germany.  The GB quad then raised their rate by 2 pips and started to make inroads into the leaders.  By the 1500 mark, they were in 2nd, just behind the Dutch who had also sculled past the German quad.  At 1500m GB went up another pip, then raised their rate by one every 100m into the finish, where they crossed the line rating 42.

The GB quad also won the Quad sculls World Cup series, having gained the most points over the three races, where they picked up gold in Belgrade, Linz the y finished 7th and gold in Lucerne.

The quad, hopefully with Jonny on board, will race next at the European Sports Championships, with the rowing being held this year at Strathclyde Country Park in Scotland, from Thursday 2nd to Sunday 5th August.  For tickets for the rowing, go to: https://www.glasgow2018.com/tickets?sport=rowing.

Sport is never a foregone conclusion, the craziest of things happen and this was definitely the case during our time at the World Championships in Florida, USA a few weeks ago.

The dust has now settled and looking back, the 30 minutes between 12:00pm and 12:30pm at lunchtime on Saturday 30th September 2017 will remain with me forever.

We had a great run into the Championships and our acclimatisation to the heat and the water had gone well. Irma’s destruction luckily missed the rowing course, with very limited damage, a few palm trees on their side but that’s about it. All this years’ hard work was coming to an end and we wanted to finish the season off in style. END_OF_DOCUMENT_TOKEN_TO_BE_REPLACED